Hadrian, Antoninus Pius and Commodus all minted coins featuring Britannia, the personification of Britain, so it’s obvious to ask if Severus, Caracalla and Geta did the same. There are a small number of coins where some reference books and auction houses say Britannia is present, but there isn’t any consistency. For example, RIC 4 says Britannia appears on the reverse of one of Geta’s coins (RIC 4 186), but on a coin of Caracalla with an identical reverse (RIC 4 464), they just say “woman”.

Marco Vitale has a paper titled “No ‘Britannia’ on Coins of the Severans: Methodological Problems on Contextual Interpretation” where he puts forward numerous arguments as to why Britannia does not feature on Severan coins. It’s an excellent read, and he may ultimately be correct, but he only analyses one of several candidate coin types, and it seems that many of his key arguments can be countered.

I’ll go through all the candidate coins and the counter arguments to Vitale in a moment, but just be aware that the jury is out on whether Britannia features Severan coins. If you want to collect all coins featuring Britannia, then you’ll have to do your own research and draw your own conclusions.

The following coin types feature an unidentified female on the reverse that may (or may not) be Britannia. Three of them come from the river god coins which are only tenuously related to the British campaigns (the one from 207 AD particularly so). 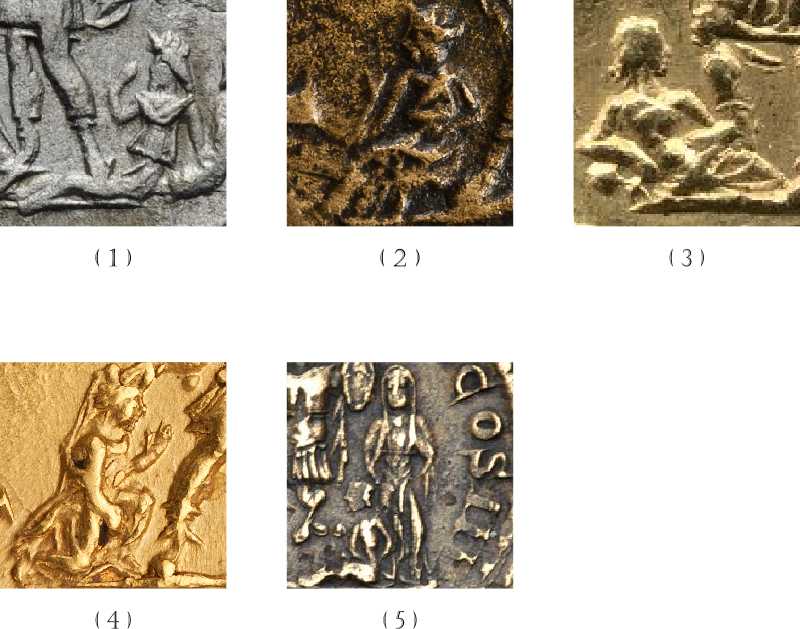 All photos copyright their respective owners:

It is the unidentified woman on the last of these coins that Marco Vitale discusses in his paper. He presents a number of arguments why this woman cannot be Britannia, but the main ones are:

We can quickly deal with the argument that she is a captive and therefore can’t be Britannia.

“…both figures seem to have their hands tied behind their backs”

“…and someone else whose hands are tied like a captive”

Good coins from good dies show that the woman does not have her hands tied behind her back; she has them on her hips: 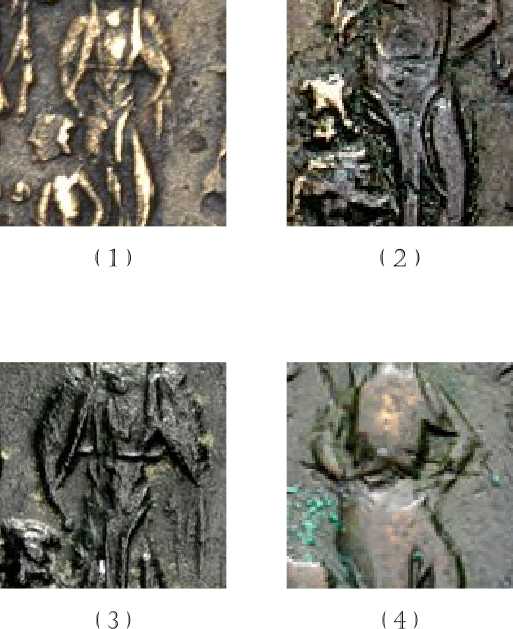 All photos copyright their respective owners:

Rather than a subdued captive, this is a confident woman being portrayed on this coin. The obvious candidate for this is Britannia, a province that has finally been expanded beyond Hadrian’s wall, and fully conquered as far as the Severans were concerned.

And that leads to a possible refutal of the arguments that Britannia wouldn’t appear on a coin celebrating a victory outside of the province. Britain is an island. The Romans didn’t create a new province then they defeated the Scottish tribes; they just expanded the existing province of Britannia to include them as well (well, they probably would have done if Caracalla and Geta hadn’t immediately packed up and gone home when Severus died).

This may be a more complex argument than needed though. Herodian said in his “History of the Roman Empire” (3.14.9) :

“Severus left the younger of his two sons, Geta, in the section of the province under Roman control;”

He effectively says a section of the province wasn’t under Roman control, suggesting that the contemporary Romans viewed the whole island as the province of Britannia. If this was a widely held view, then it would certainly be possible to fight external enemies in the existing province.

As for his arguments that she doesn’t look like previous Britannias, he’s correct. However, these coins come in two flavours, and the woman looks different on both. It’s not clear what to make of that. She’s similar to previous Britannias on the type I’ve shown above. The woman on the other type wears a mural crown, which is very incongruous. However, having palm trees on coins celebrating victories in Scotland is also very incongruous, so it seems that the Severans weren’t complete slaves to convention.

His final argument, that Victory coins follow a standard iconographic scheme and therefore the woman must be a captive because all the other ones just have Victories and captives, seems to be a good one. However, we’ve seen that she isn’t engraved as a captive, that her size is not normal for a captive, and that the Severans didn’t always follow convention (again, palm trees for Scotland!). Like it or not, we have a victory coin here with a large, confident, non-captive woman on it. If it’s not Britannia, then who is it?

Vitale proposes that she generally represents a defeated enemy (some later coins with this reverse do not have “VICTORIAE BRITTANNICAE” or “VICT BRIT” on them), and in the case of the coins which do explicitly mention Britain, she represents the Maeatae and the Caledonii. That only really works if she is a captive, but we’ve seen that she doesn’t appear to be engraved as one. He does discuss this possibility, and suggests if it’s true, then she may represent a reconquered oppida on the southern side of Hadrian’s wall. He gives Eburacum (York) as an example, but as that’s where Severus, Caracalla and Geta set up residence when they arrived, its not clear that it was ever in a position to be reconquered.

Like many things related to the Severan campaign in Scotland, you’ll have to make up your own mind about this. There’s very little evidence to either prove or disprove that this is Britannia, and it’s unlikely that anything will turn up to explain what was in the head of those who made the coins.